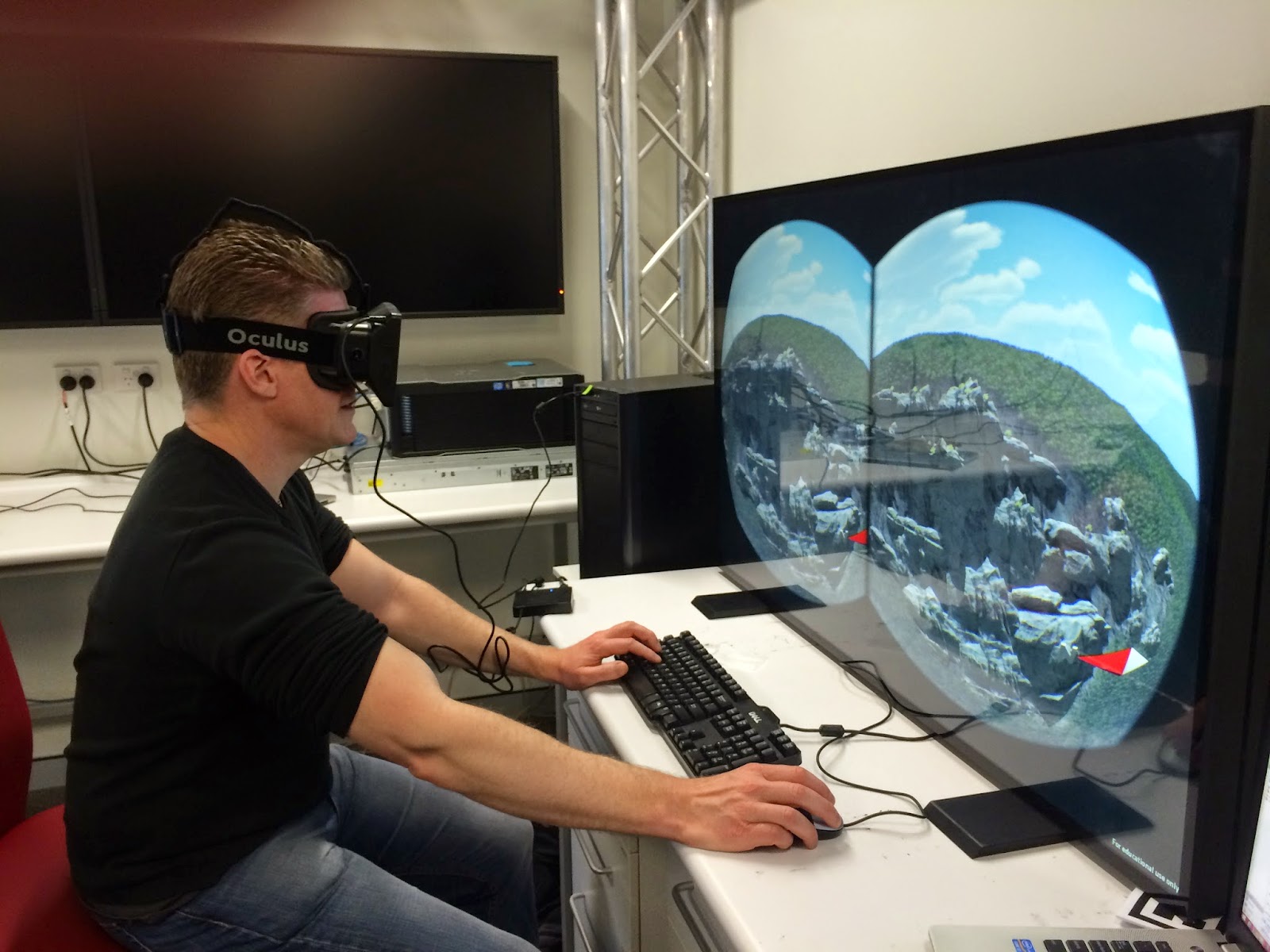 Attached is a picture of me wearing an Occulus Rift wandering around the (virtual) hills of South-east Queensland. In collaboration with Prof. Kerrie Mengersen@QUT, Justine Murray@CSIRO and Prof Peter Bruza@QUT, we have developed a prototype tool for eliciting expert knowledge from environmental managers using elevation models of natural environments.

Research hypothesis is that the Bayesian wallaby population models will be of a better quality if extracted with greater situational information provided by the interactive virtual world. Normally the process is performed with 2D GIS systems.
Will be testing the prototype soon with environmental experts. Thanks to Kerrie Mengersen, Michael Rosemann and Peter Bruza for the support.  Thanks to the bods at QUT VISER for the usual Star Wars equipment.
BTW, the prototype has been developed by a third year QUT games undergraduate RA, Wesley Heard.
Ross
Posted by Unknown at 10:56 PM