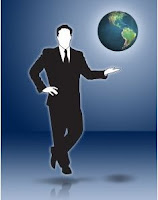 Have just read the latest BPMTrends newsletter: "What Do Business Process Managers Manage?"

What is interesting is the derivation of Process Sponsor and Operational Manager roles within an organisation. In particular, the article shows some derivations of finer grained tasks that are performed by such people. Most Visualisation approaches for BPM are restricted to just roles, which is fine. However, I argue that a visualisation is meant for a task, because it is about providing information for decision making. Since a process manager or sponsor has many tasks to perform, each visualisation, I argue, needs to be tuned to help them make decisions for that task.

Treinish published an interesting paper on this issue a while back, but the truth still holds. As we often produce differing text for differing tasks, so too we should modify visualisations to fit a task, not just a role in an organisation. Case in (simple) point; if I was a modeller talking to another modeller, then I would use a BPMN diagram, due to the compact, iconic representation being easy for experts to use. However, if I was a modeller explaining a process system to a naive viewer, I would not use BPMN, I would probably use a full 3D simulation to get my point across. In fact, the later is often done regarding community consultation in Urban Planning applications, CAD drawings just don't cut it when talking to investors and residents about how a site is to be redeveloped.

I believe this holds across the board, for executable and non-executable modelling systems.